This epic film will awaken a lot of people and inspire devotees the world over.

It is now playing in Europe and Latin American countries 2016……

The DVD of this epic film is available from Self-Realization Fellowship now.

To get more of the true facts about Self-Realization Fellowship history
since the master passed on in 1952 see these links.
www.yogananda-srf.org  or SRFbooks.com
https://www.facebook.com/SRFYSSYoganandaAnswers/notes

Some thoughts on June 27, 2013
When it comes to being a devotee of “Paramahansa Yogananda,”
He was crystal clear about telling us to remain loyal members of His only Path – Self-Realization Fellowship/YSS.
The blessings [grace] of the great masters flows through this divine path  of  Self-Realization Fellowship/Yogoda Sat Sangha [India].
One can see the value of this in SRF history, just look at the spiritual legacy of wisdom and divine examples that Paramahansa Yogananda has left us! I thank SRF/YSS leadership for so accurately/faithfully maintaining the Master’s Legacy for future millenniums. You can trust SRF publications fully.
Judging by past results, this scientific lifestyle of Kriya Yoga really works – just the way He taught us.

Now of course everyone seems to want to get in on this somehow in their own way,
whether or not they first fully appreciated or understood this divine plan. You will be tempted by exaggerated friendliness, promises of teaching positions, fake titles, a more advanced teaching, rumors etc.
It is simply just human nature – “everybody wants to be a teacher.” Ready or not!
And a few outside of SRF want to revise all the teachings.
Whether they are spiritually ready or not. JD Walters was a sad example of this.
He never got over his obsessions of wanting the leadership of Yogananda’s work. He was just not one those master trained for such a position! Master knew better!
When you fail to “change yourself first” as Yogananda often said, you are not ready to be anyone else’s teacher, and your life becomes a sad misguided mess as with J D Walters and others.

In Yogananda’s Autobiography of a Yogi someone (SY) makes a comment about –
” some persons try to make themselves look taller by chopping off the heads of others.”
This reminds me of all those wannabe gurus out there claiming to have something different, or more original, while trying to knock Yogananda’s SRF/YSS approach down. They really have nothing new or better to offer – just ignore them! Most aren’t even close! Yes, I am aware that there are many good paths to divine realization- just watch out for the wannabees. Some will lead you in the wrong way!
They are really coming out of the woodwork these days with the most imaginary claims as to why one should leave SRF for their personal product.
Don’t be fooled by every new claim and gimmick. Chasing gurus can be a misleading trip. It was always thus!
Don’t be distracted by every new “guru”on the scene, going elsewhere will not usually make up for why you are not satisfied with your present spiritual progress. One of the great keys to success in Kriya Yoga is understanding your own mind, introspect and see what you are missing where you are, how can you make more effort. Reread those lessons etc. If you disagree with this, you didn’t read the right edition of Autobiography of a Yogi[orange cover].

I have read somewhere that Lahiri Mahasaya did not teach Kriya Yoga the same
way to everyone, as different folks had different needs. And in the final analysis
there is never only one way to do anything. So what is the best way?

Paramahansa Yogananda once said,”Through these teachings you will be able to find God if you want to pay the price in perseverance and sacrifice.
If you study the weekly Self-Realization Fellowship Lessons, you will know that for the first time the greatest spiritual teachings have been scientifically systematized. If you want to know God, make the effort, give Your time, practice what you learn in the Lessons. If you do this, you shall find that I have been truthful with you. For I have made the effort for a long, long time, and I have traveled the path.
It is not always easy but it can be done.” said Paramahansa Yogananda
[SRF Mag Summer 2018] From a talk given in LA September 1937……

From the results we see in this SRF/YSS path of so many great realized souls, I would say that Yoganandaji truly got it right. Persons who are not even in SRF any longer admit that they did get great results from their SRF lessons.
Yet there is always with some persons that restless urge to prove themselves by starting their own path and having their own devotees around. When I read what some of them have been saying and doing one has to wonder just how distorted things are becoming outside of Self-Realization Fellowship/YSS.
That is where some are trying to change Yogananda’s vision and teachings prejudiced by their own desire to seem famous and appear authoritative. They really have little to show for their efforts besides a lot of talking, insults, and/or writing.

Some also make the  false comment that Yogananda did not want to teach the most advanced methods because it was so new to America. I believe that what He gave us in the SRF Lessons etc will take anyone as far as you want to go! Nowhere does the master say, “after a while you will need to change paths to take something [you imagine] is more advanced. It never works that way. Deeper attunement and loyalty with your living Guru will take you as far as anyone could ever wish to go.

By the way – if you really want to see some great media/films about Yogananda, The Self-Realization Fellowship has now come out with the great bio documentary-
News for October of 2014; see Awake! The Life of Yogananda Trailer 1, then see this amazing film.

One can even compare this situation with people publishing about Yogananda. Self-Realization Fellowship is light years ahead of anything published by other groups, besides being original and in tune with the master’s vision.

(to be continued) Namaste, pyislove……………

He said,  “To be known by God is everything. Like Buddha who gave up everything,
live only for God, Self-Realization Fellowship, & Guru’s work,
& you will attain everlastingness in Heaven.”
[From a letter to James Lynne in 1935]
Also Read Page 410 Autobiography of a Yogi from SRF Publishers© (orange cover).
Many Kindle 1946 editions are out of date !

Yogananda also wrote to another devotee;” this is not the end of your relationship with
Self-realization Fellowship, but only the beginning…….stay in touch with mother center…..”

Nowhere did He suggest that the devotee would need to seek elsewhere for more lessons and methods,
for other teachers and guides etc. In master’s Lessons Course, writings, and examples we have it all!
Even His personal attention and blessings are always with us – He is a “Living Guru.” 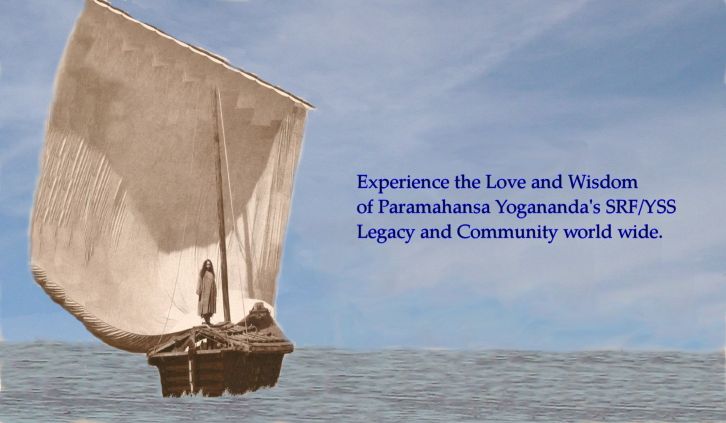